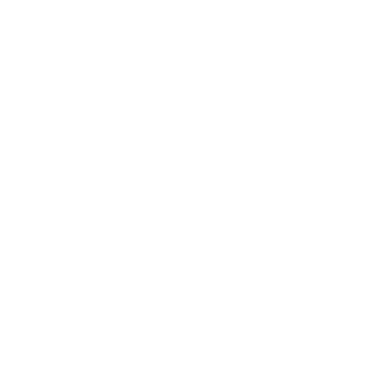 The Power of Pause: Why and How to Take Breaks in Sport

The Power of Pause: Why and How to Take Breaks in Sport

Does your young athlete need a break from their sport? As a parent, it can be hard to spot the signs that your athlete needs to take a season (or even just a few weeks) off from competition and training. After investing so much time and money into sport, it can also be hard to listen to your athlete when they tell you they need a break. But it can be hugely important for your athlete’s overall physical and mental health. And taking a break helps young athletes be better prepared for the real world.

As board-certified family physician and TrueSport Expert Deborah Gilboa, MD, explains, “If we teach our kids the habit of getting on a hamster wheel and never getting off, no matter what the cost is, that’s the life that we’re teaching them to lead in their academics, their jobs, and in their relationships.”

So, how can we better help our athletes take a smart, carefully considered step back?

Why do athletes need breaks in sport?
First, the good news: If your athlete is taking regular breaks and checking in on their mental and physical health regularly, they may never need a longer break from a sport. But why would an athlete benefit from time away from sport?

Physical health is the first reason an athlete would require a break. This doesn’t just mean obvious issues like sprains or breaks, but also things like small-but-lingering overuse injuries, illness, and overtraining. And much of this, unfortunately, is caused by intense sport specialization from a young age. “I’m seeing 15-year-olds who have the same injuries as marathoners who are in their 40s,” Gilboa says.

“One of the things that we’re seeing in clinical settings is that kids are ending up with repetitive motion injuries much earlier,” says Gilboa. “This is because we’re asking them to specialize and to intensify their sport participation far too young. Physically speaking, it’s not a good idea to be doing this. Kids aren’t turning into athletes. They’re turning into soccer players or gymnasts or swimmers, so when they have an injury, it’s ‘career-ending.’ They stop doing anything athletic because they think sport is ‘over’ for them.”

A break during the year can help avoid these overuse and overtraining issues that come from intensive specialization. And a break doesn’t have to mean your athlete sits on the couch and doesn’t do anything athletic: Trying a different sport solely for fun can help balance them out and improve overall athleticism.

From a mental health standpoint, taking a break is even more important for young athletes. “When we teach our students that they need to go full bore all the time and we don’t give them any mental health recovery time, we’re setting them up for failure,” says Gilboa. “We don’t teach them how to do a sport sustainably. They think that the only way to be good is to do something to the exclusion of everything else. And that translates to other areas of their lives, not just sport: They may think that the only way they can be a good boyfriend or girlfriend in their first relationship is to ditch all their other friends and pour everything into that one person, or they may think that the only way to excel academically is to ditch all their friendships.”

And if your athlete isn’t taking regular breaks in the course of the year, their identity could be completely wrapped up in that sport. “We narrow an athlete’s sense of identity so profoundly that if they aren’t an athlete in that one sport, they have no idea who they are.”

How can athletes take breaks from sport?

1. Try other sports
As we said, taking a break doesn’t always mean going from practice every day to languishing on the couch. “Physically speaking, young athletes need to diversify,” says Gilboa. “They need to learn balance and try different sports to learn new ways of moving. Find a sport that uses different muscle groups and different skills. The new experiences and people that they’re surrounded by can also be incredibly important.”

2. Take a proper offseason
As a parent, you may need to advocate for your athlete with their coach. “I’m seeing a lot of coaches who want to ‘own’ a player all year long. Instead of taking an offseason or trying a new sport in the offseason, you’re doing conditioning in the gym or training with a travel team,” says Gilboa. Often, a coach will be willing to compromise—athletes just don’t realize that what a coach says doesn’t have to be the final word.

3. Develop an out-of-sport identity before there’s a problem
Help your athlete understand that they are more than just an athlete—and a break won’t cause them to disappear. “What we hear from professional athletes at the highest level is that their mental health struggles felt overwhelming because the only way they could think of to navigate their depression was to take a break from their sports, but if they took a break from their sport, they disappeared,” says Gilboa. “And that’s how our kids are feeling. I know 12-year-olds who say that if they miss a competition, their career is over.”

4. Offer options before your athlete needs them
Make sure your athlete knows that they can take a break. While some athletes stay in sport because of pressure from parents or coaches, often, it’s a self-imposed pressure and the athlete can’t comprehend that they have options. “Athletes need options and some level of autonomy. As parents, it’s really easy to steamroll over their preferences because you’ve put a lot of money and time into the sport,” says Gilboa. “In other cases, parents feel like they are supporting what their child wants, while the athlete is just going through the motions because they don’t know any other way.”

5. Create a break
If you know that your athlete needs a break but they simply won’t stop, plan a vacation or time away in order to force a stop. Sometimes, that week or two away can help your athlete reset. The step back from practice and training may be what your child needs to reevaluate what makes them feel happy and healthy, in a way that they weren’t able to do when they were—as Gilboa says—stuck on the hamster wheel.

6. Ask ‘what if’
When an athlete wants to take a step back, but is struggling to make that leap, help them work through the “worst case scenario” that may be haunting them. “When your child says something like, ‘If I don’t play this year, I won’t make the team next year,’ don’t argue with them or tell them it doesn’t matter,” says Gilboa. “Instead, ask, ‘Then what?'” Is there a travel team they could join instead? What about trying a different sport? Could they discuss next steps with their coach before assuming they won’t make the team? Gilboa says that this line of questioning helps athletes work through their fears in a way that they simply can’t do when they’re caught in ‘worst case scenario’ thinking.

“Ultimately, taking a break from sport is about helping our children learn creative problem solving,” Gilboa says. And that’s going to help your child in more than just sport.

Takeaway
Pay attention to signs that your athlete may need a break from sport, and make sure that your athlete knows that a break is okay—and even healthy! If your athlete does take a break, help them find a strong sense of identity outside of sport, explore new ways of moving, and ensure that they feel as though they have the autonomy to make their own decisions.